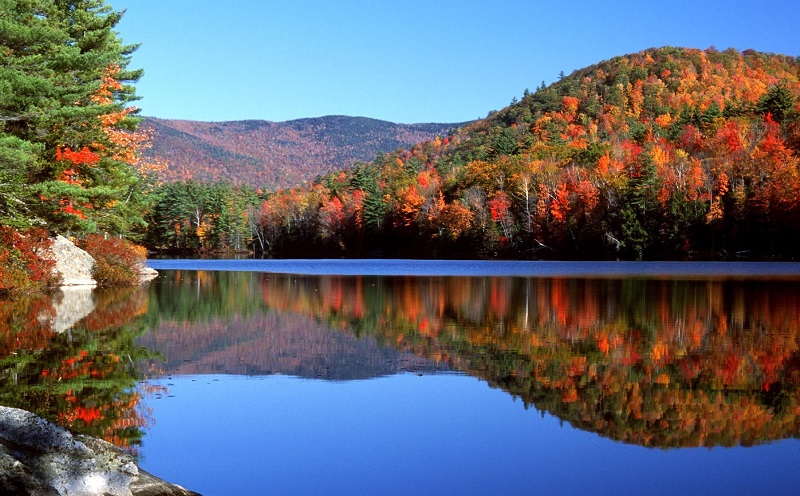 Day One - Tuesday, October 11:  Arrival Boston  (D)
Today we will fly into Boston’s Logan airport.  Depending on our flight schedule we will have some Boston touring.  Our Tour Guide and deluxe Motorcoach will greet us at the airport. We’ll enjoy some time on our own at Quincy Market and Faneuil Hall, a two-story bronze domed building called “The Cradle of Liberty.” In pre-Revolutionary times it was the scene of mass public meetings. Today it houses over 100 specialty shops, restaurants and pubs and food vendors. We will have time for dinner on our own before checking into our hotel North of Boston for the next two nights.


Day Two - Wednesday, October 12:  Boston   (B, D)
Today, following breakfast, we will tour Lexington and Concord critical sights of events beginning the Revolutionary War.  It was on the Lexington Green that the "shot heard 'round the world" was fired and the battle began between the minutemen of Massachusetts and the British army.  The British went on to Concord where they had to retreat following a defense of the Old North Bridge.  Concord is the home of several famous authors including Louisa May Alcott, Ralph Waldo Emerson and Henry David Thoreau.  Then we will head into downtown Boston for a city Tour including highlights of the famous Freedom Trail: The Boston Common, Boston Public Gardens, New and Old State Houses, site of the Boston Massacre, Bunker Hill, and the USS Constitution.  This evening we will have dinner in Boston before returning to our hotel.

Day Three - Thursday, October 13:  New Hampshire  (B, Lobster L)
Once again enjoy breakfast.  Then we are off to the great state of Maine on our way to our next two nights in the lakes and mountains of New Hampshire.  We will travel along the Massachusetts and New Hampshire coastlines to Maine.  We will enjoy a traditional Maine Clam (Lobster) Bake:  Clam Chowder, Clams, Mussels, Lobster (or Hickory BBQ Chicken), Corn on the cob, potatoes and so on - a real New England tradition.  Following lunch, we will head to Portland Maine and visit the Portland Head Lighthouse, commissioned by George Washington.  From here we will head into the Lakes region of New Hampshire for a two night stay with dinner on our own.

Day Four - Friday, October 14:  New Hampshire  (B, D)
This morning, our day will be spent traveling through the lakes region of New Hampshire.  We will view Squam Lake, the setting for the movie 'On Golden Pond' and popular for its Loon population. We will then drive through the lake country on our way to the White Mountains of New Hampshire.  The most spectacular feature of the White Mountains is Mt. Washington at 6,288' and known for the worst weather in the world.  During fall foliage season the mountains are ablaze with yellows, oranges, and reds. We will drive along the Kancamagus Highway, fondly known as the "Kanc" with its spectacular rural setting and foliage lined road.  We will then visit Castle in the Clouds for a panoramic view of the surrounding countryside. Thomas Plat built this turn of the century mansion on 6,300 acres of New Hampshire mountaintop.  We can enjoy our included dinner tonight.

Day Five - Saturday, October 15:  Vermont  (B, D)
Today our travels take us to the Green Mountain State of Vermont basking in charming Americana scenery at every turn. Our journey today begins to Quechee Gorge, Vermont's "little Grand Canyon" to take pictures.  Then we will visit the village of Woodstock, noted for its well-preserved vintage homes, its village green and covered bridge in the middle of town. You will be mesmerized by the panorama as you wind past perfectly restored historic buildings and home open to the sprawling Woodstock Village Green.  Indulge yourself with a stroll around the Green, through the Covered Bridge, browse the mecca of quaint shops and galleries - let your senses be aroused in this quintessential New England village. Next stop, Plymouth Union, the birthplace of President Calvin Coolidge, considered to be the best, preserved presidential birthplace in the nation.  Not just a summer White House, this was the family homestead, as he and six generations of his family are all buried nearby.  We will check into our Inn for the next two nights. Dinner is included.

Day Six - Sunday, October 16:  Vermont  (B, L)
After breakfast, we travel to Montpelier, Vermont - the state capital.  Outside of town we will visit Morse Farm Sugar Shack and see how Maple Sugar is made and where we will enjoy “Sugar on Snow.”  Then into the Vermont’s capital city to see the gold-leafed dome of the Capitol Building. Then we take to the roads again stopping at Cold Hollow Cider Mill; New England’s most famous cider mill.  We will observe apple cider being made and perhaps even have the chance to taste the final product! We will tour world famous Ben & Jerry's Ice Cream Factory.  We will see first-hand the entire ice cream manufacturing process from Cow to Cone. A special Lunch will be included today as we spend the day tasting Vermont culinary treats.  Tonight, we will enjoy dinner on our own.

Day Seven - Monday, October 17:  Stockbridge  (B, D)
Our journey takes us through the Green Mountains where the hills give way to valleys with colonial homes and pastoral farmlands. We are heading south to western Massachusetts and the Berkshire Mountains.  We will visit the historic town of Stockbridge, MA summer home of the Boston Pops Esplanade Orchestra at Tanglewood.  It is also the longtime home of America’s most beloved artist – Norman Rockwell.  We will visit his personal studio on the grounds of the fabulous museum that has been built in his name.  This houses all of the covers of the Saturday Evening Post, which he painted for decades during his life. In 47 years, he painted 323 different covers for publication.  And that is not all of his artwork, as you will learn on this visit to a world-class museum set upon the green hills of the Berkshires.  Tonight, enjoy a New England style dinner and settle in for one night in western Mass.

Day Eight - Tuesday, October 18:  Cape Cod  (B, D)
This morning we will head to New England's smallest state - Rhode Island - and we will tour one of New England’s first summer resorts, Newport. A colonial trading port, combining charm, history and style, has enjoyed a reputation as an international world class resort since the 1800’s.  Newport is also home of the America’s Cup sailing races.  We will tour the 10-mile Ocean Drive, along which we can see many of the "summer cottages" built at the turn of the century by this country's rich and famous such as the Vanderbilts, Bouviers and Oerlichs.  These homes played host to an era known as the "Gilded Age" as their occupants spent their summers entertaining in their lavish homes. We will explore one of these opulent mansions on a guided tour.  In the afternoon, we will continue on to Cape Cod where we will stay for the next two nights.  Dinner is included this evening.

Day Nine - Wednesday, October 19:  Martha’s Vineyard  (B, Lobster D)
After breakfast, we will board the ferry for Martha’s Vineyard in Nantucket Sound, where we will tour the famous “Storybook” Island.  Martha's Vineyard does indeed have an active winery, but it is best known as the summer residence of many of today's wealthy and prominent people.  People who have maintained homes on the Island are the Kennedy family, John Belushi, Carly Simon and of course the Clinton’s enjoyed several vacations here as well. The Island is quite large and will enjoy a tour throughout the Island.  We will see Gayhead Cliffs, tour Oak Bluffs and stroll amidst the colorful Victorian Gingerbread Cottages of the Methodist campground.  This afternoon, we will explore Edgartown, once an old whaling port lined with all of its sea captain's homes. Ferry back to Cape Cod where tonight we will enjoy a Lobster Dinner.

Day Ten - Thursday, October 20:  Home  (B)
This morning depending on our flight schedule we will traveling along more of the Freedom Trail.  Then it’s on our way to our airport to catch our flight homeward bound taking with us many fond memories of our New England Inn-Style adventure.

TOUR COST PER PERSON - All land and air arrangements:
10 DAYS AND 9 NIGHTS
Per person paying passengers