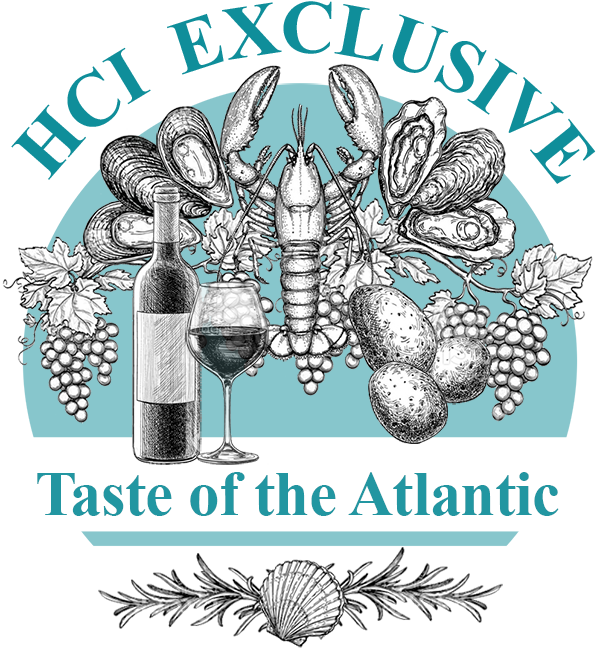 :  Halifax
As we fly into Nova Scotia’s Capital City, Halifax, we will begin our journey that will take us to the treasures of Nova Scotia, Cape Breton, Prince Edward Island and New Brunswick. We will be greeted by our Tour Guide and deluxe motorcoach and once our baggage has been placed on the coach we will transfer to our hotel in Halifax. It is a late arrival so we will settle in to our hotel and get ready to tour in the morning.

Day Two:  Halifax  (B, D)
This morning we will enjoy breakfast in the tranquil and picturesque village of Peggy's Cove.  Huge granite boulders are scattered throughout this quaint fishing village, which makes this destination a well-known place for tourists, artists and photographers.  Peggy's Cove Light, an old lighthouse standing on a massive granite ledge, serves as Canada's only post office located in a lighthouse. When we return to Halifax we will visit the Maritime Museum. This museum in right in the Historic Properties along the waterfront and gives a great history of the region and the nation with a terrific exhibit on the Titanic.  We will have time to enjoy lunch on our own along the waterfront. This afternoon we will enjoy a city tour of Halifax beginning with the Fairview Lawn Cemetery, one of the most famous Canadian cemeteries. In addition to many of the city's business and cultural elite, as well as many victims of the Halifax Explosion, Fairview Cemetery contains the largest number of graves in the world from the sinking of the Titanic. The cemetery contains the graves of 121 Titanic victims, several of whom have never been identified. Afterwards we will enjoy a visit to the Halifax Public Gardens, the oldest and finest formal Victorian garden in North America.  This 17-acre garden began as a private garden in 1753 with its present layout being completed in 1875 by the designer Richard Power, the former gardener to the Duke of Devonshire in Ireland.  This evening we will enjoy a delicious dinner downtown.

Day Three:  Cape Breton  (B, D)
This morning, following breakfast, we will head towards Cape Breton Island for a two night stay. Upon arrival in Cape Breton we will visit the Alexander Graham Bell Museum which overlooks the Bras d’Or Lake. This complex, with its three exhibit halls, contains the largest collection of Bell's artifacts and inventions, including replicas of the first telephones and a full scale model of the HD-4 hydrofoil craft.  Why did Bell choose to build his Canadian residence in Baddeck, Cape Breton Island?  Here are his own words: "I have travelled the globe. I have seen the Canadian and American Rockies, the Andes and the Alps and the highlands of Scotland, but for simple beauty, Cape Breton outrivals them all."  Tonight we will enjoy dinner before retiring for the night.

Day Four:  Cape Breton  (B, D)
After breakfast, we will explore one of nature’s magnificent regions - the stunning Cabot Trail. Named for famous explorer John Cabot, the Cabot Trail winds around the rocky splendor of Cape Breton’s northern shore, ascending to the incredible plateaus of Cape Breton Highlands National Park. This magnificent highway is carved into the sides of mountains that rise high above the shimmering waters of the Gulf of St. Lawrence. Lookouts offer unforgettable vistas of Cape Breton’s rugged coastline, where pods of whales can often be seen just offshore and bald eagles soar aloft on the ocean breezes. This evening we will enjoy a delightful dinner at our hotel.

Day Five:  PEI  (B, D)
Following breakfast at the hotel, today we will depart Nova Scotia for Prince Edward Island.  We will take the ferry across the Northumberland Strait, which has the warmest waters north of Virginia.  Once we arrive on PEI we will head into Charlottetown for an afternoon tour.  You will learn what makes this capital city such a historic gem.  And you’ll see why it’s also a vibrant urban centre that dances to a beat all its own. Canada was born (or perhaps more accurately, was conceived) here when the Fathers of Confederation met at Province House in 1864 to plot out the creation of Canada.  You will visit  Province House and Peaks Quay.  Dinner is included this evening.

Day Six:  PEI  (B)
Today, after breakfast, we will enjoy a full day on this delightful island experiencing all the things residents and visitors alike find so endearing.  We will enjoy “Anne’s Land,” includiong a visit to the Prince Edward Island Preserve Company, one of the most popular stops in Prince Edward Island, the beautiful setting alone will impress you. We will have lunch included at the Preserve company.  We’ll let the unique dishes speak for themselves as each dish is prepared with the freshest ingredients the island has to offer.  Over the last century, millions of readers from around the world have come to know and love Anne of Green Gables™, and Prince Edward Island is where devotees come to celebrate her. Those who love the books or the TV miniseries make their way to Green Gables in pilgrimage-like fashion to visit the many sites that pay tribute to their favourite red-haired heroine and her creator, Lucy Maud Montgomery.  Anne may be the principal attraction for many, Green Gables Shore has more beauty and mystique up its sleeve. The region is a spectacular piece of Prince Edward Island’s acclaimed scenic landscape composed of red sandstone cliffs, white sand beaches and rolling farm fields. Some of the classic coastline has been protected in the PEI National Park which hugs the central north shore.  Dinner will be on our own this evening to enjoy downtown Charlottetown.

Day Seven:   Moncton, Acadian Coast  (CB, Lobster Lunch Cruise)
Following breakfast this morning we will cross the incredible Confederation Bridge, which spans 9 miles of the Northumberland Strait and connects PEI to New Brunswick.  Once in New Brunswick, we will spend the day along the Acadian Coast from Shediac to Bouctouche where the French culture is alive and well and we will experience it at Le Pays de la Sagouine, which is a recreated Acadian Village and tells the story of an Acadian washerwoman and her life in early Acadian times.  We will also visit the fabulous the Dunes of Bouctouche an Irving Eco-Centre preserve along the shore.  We will then head to the resort town of Shediac, New Brunswick, “lobster capital of the world”.  Group photo opportunity with the largest lobster in the world!  Our friends at Shediac Bay Cruises will take us on a memorable 2 ½ hour lobster lunch educational cruise. “Lobstertales,” as they are locally known, offers the most experiential and educational lobster stop anywhere! Get up close and personal with Captain Ron Cormier, help the crew pull in traps, hear the history and significance of lobster fishing in the region, then learn how to cook, crack and eat your lobster – the New Brunswick way!  (BBQ chicken and vegetarian substitutes offered).  We will check into our hotel in Moncton for two nights. Dinner is on our own this evening.

Day Eight:  Moncton, Bay of Fundy  (CB, D)
Following breakfast, we will tour the town of Moncton.  Then it is onto one of the greatest highlights of the entire tour and the Maritime’s most famous geological feature – The Hopewell Rocks, in the Bay of Fundy, only a 40 minute drive from the downtown Moncton.  We will enjoy lunch on our own at Hopewell Rocks.  Here you will walk on the ocean floor at low tide, and learn about the region’s natural history. Today’s visit is during low tide and you’ll sure discover why it was voted one of the two North American finalists in a global competition to choose the world’s top natural wonders, in good company with the Grand Canyon!  This is fitting, as the 100 billion tons of sea water that flow in and out of the Bay of Fundy twice a day, every day of the year, and rise an incredible 48 feet, could fill the Grand Canyon!  Tonight we will have dinner in Moncton.

Day Nine:  Halifax  (CB, D)
After a leisurely morning we will depart New Brunswick and make our way back to Nova Scotia for our final night in Halifax.  En route we will visit the Tidal Bore in Truro, Nova Scotia. A tidal bore is a rare natural phenomenon occurring on several rivers emptying into the Bay of Fundy. The surge of the incoming Fundy tide temporarily reverses the flow of these rivers and appears as a crest of water traveling upriver. When we arrive in Halifax we will visit the Halifax Public Gardens and more Halifax touring.  A Farewell Dinner is included this evening.

Day Ten:  Home  (B)
It is time to bid farewell to the Canadian Maritimes!  We will head to Halifax airport to catch our flight home taking with us many fond memories of our Maritime experience.