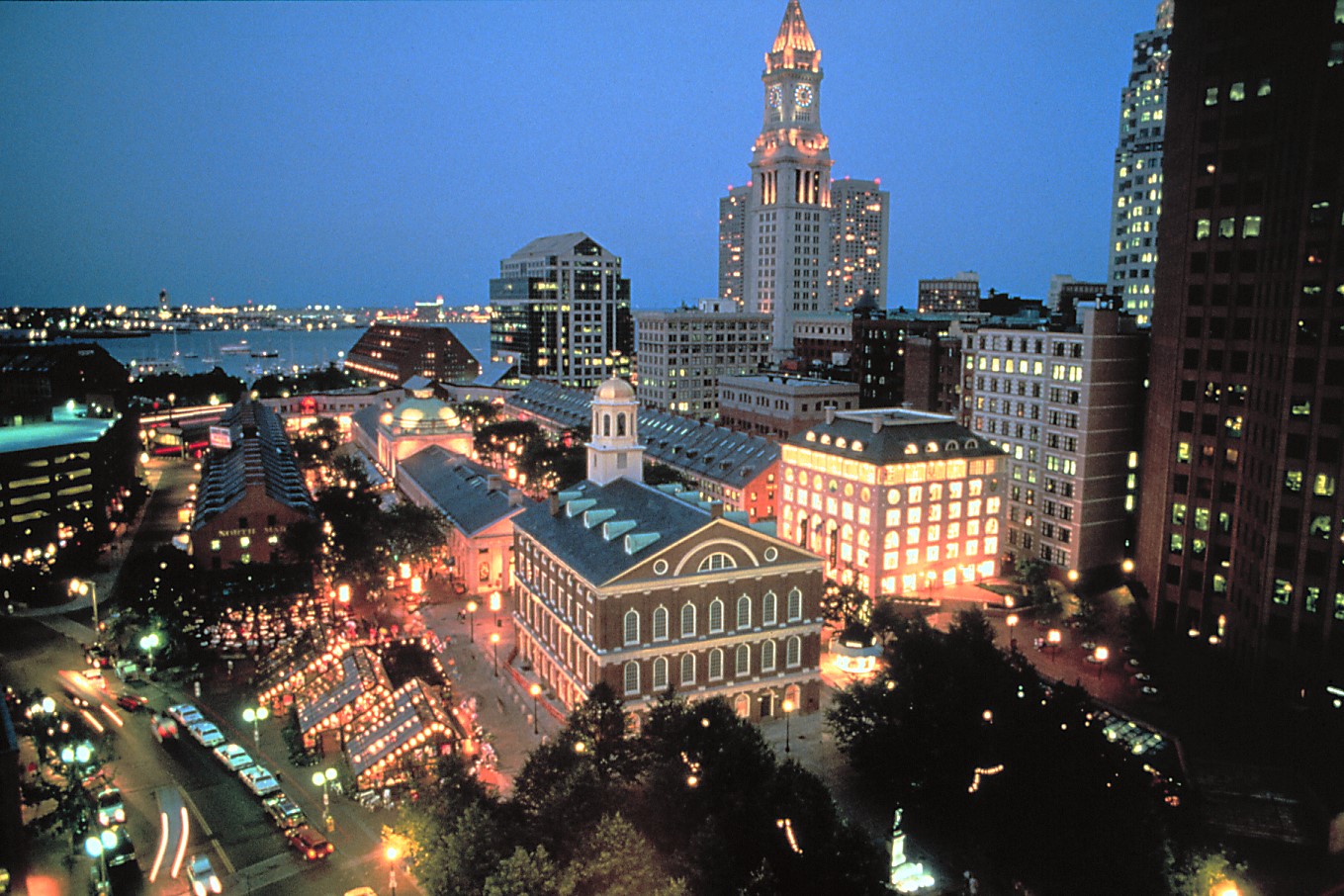 Day 1: Hyannis (D)
Today we will fly from Memphis International Airport to Boston’s Logan airport. Upon arrival at the airport we will be met by our local guide and motorcoach. We will head straight to Cape Cod just 75 miles away and our Hyannis hotel for the next 4 nights. This afternoon we will stop at the Kennedy Memorial overlooking Lewis Bay. This circular fieldstone wall bears a likeness of the President on one side, the Presidential Seal on the other and is surrounded by a reflecting pool and fountain. We will drive by Saint Francis Xavier Church where the Kennedy’s enjoyed Sunday Mass. Later today we will visit the JFK Museum in Hyannis. This museum captures the years JFK spent at the family compound in Hyannis Port—his time with family and friends, and with national and international persons of prominence, and we will learn why he was so drawn to Cape Cod. This evening a delicious dinner is included.

Day 2: Martha’s Vineyard (CB)
If you’re interested in a great getaway where Father Time takes a back seat to Mother Nature….then Martha's Vineyard is where you want to be! Martha’s Vineyard is a delightful island in Nantucket Sound and it is best known for its wealthy personalities who reside on the island during the summer months. Our ferry departs from Woods Hole the home of the world renowned Woods Hole Oceanographic Institute, where Robert Ballard spends his time when he is not discovering new mysteries of the sea as he did when he found the Titanic. The ferry is just 45 minutes and our motorcoach will even travel with us. Once on the island, we will explore Oak Bluffs with its gingerbread homes laid out as the tents once were in this historic campground. We will wander the gentle streets of Edgartown, an old whaling port lined with sea captains' homes, while we have lunch. The trip is not complete without enjoying the breathtaking view of the Atlantic Ocean from Gayhead Cliffs. When we return to Hyannis this evening, you will have a chance to dine on your own at any of the many restaurants on Main Street.

Day 3: Whale Watch (CB, D)
This morning after breakfast we will journey to the end of Cape Cod where we will enjoy a tour of Provincetown, which is without a doubt the most eclectic of all Cape Cod towns. Over the past century many artists have made Provincetown their home creating a very open community where many painters, writers, playwrights still live today. This is evident in the many art galleries that line Commercial Street as well as the theater productions that are put on each summer. Then it’s all aboard a Whale Watch Cruise to enjoy the sunshine and ocean breezes on luxurious and comfortable vessels searching for the exciting and entertaining marine mammals just a splash away! As we sail toward the whale feeding grounds, the on-board naturalists will provide an informative and entertaining commentary on the Cape’s unique eco-system and the creatures that dwell here. Later today, we will visit the Cape Cod National Seashore, where we can stand on the cliffs and view the spectacular scenery. We will visit the Visitor’s Center, where we will learn about the formation of the Cape and other interesting facts. We will return to the hotel later this afternoon following dinner.

Day 4: Nantucket (CB, Lobster Dinner)
We will take a 2 hour ferry ride to Nantucket from Hyannis and enjoy a memorable tour of this beautiful island. We will have time to stroll along the cobblestone streets and visit some of the many quaint shops that line them. If you love small shops with fine merchandise, it is here that you’ll find paradise in Nantucket Town. Just as the island’s old-time sea captains traveled the world and brought home exotic wares of distant ports, toady’s shopkeepers import the best from all over without neglecting the quality items produced right here on the island. We will view Brant Point Light, the second-oldest lighthouse in the United States. Free time for shopping will be enjoyed on the island before boarding the ferry for the return voyage to the mainland. Tonight, we will have a traditional New England Lobster dinner with all the trimmings as we celebrate our last night on the Cape.

Day 5: Boston (CB, D, Entertainment)
This morning we will head to Boston for our final night. Boston is affectionately known as Bean Town (Boston Baked Beans) by some and the cradle of liberty by others. Our guide will tour downtown including parts of the famous Freedom Trail and make several stops while providing commentary throughout. We will visit the Boston Tea Party ship and museum and have a fun time reenacted the rebellion caused by “taxation without representation” as the colonists were upset at the British crown taxes all the way from England. We will tour the North End, where the Old North Church is located, made famous by the two-light signal hung from its bell tower to alert the Patriots that the British were attacking by sea, “one if by land and two if by sea.” This, of course, was the signal for Paul Revere’s midnight ride on April 18, 1775 to alert colonists between Boston and Concord. Following a great day of revolutionary history, we will be entertained this evening with dinner and a performance of the longest running off-Broadway production in theater history – Shear Madness, where the audience helps shape the outcome while solving the murder. Loads of fun!

Day 6: Cambridge
This morning enjoy a local spot for breakfast on your own. As our flight is in the afternoon we will have time to continue our touring to Cambridge. We will travel along and across the Charles River, which divides Boston and Cambridge. Our tour of Cambridge includes Harvard University, Harvard Yard and MIT. We will visit the most beautiful and historic cemetery in America – the Mount Auburn Cemetery, where thousands of famous people have made their final resting place including Oliver Wendell Holms, Winslow Homer, Henry Cabot Lodge and Henry Wadsworth Longfellow. This afternoon we will enjoy lunch before returning to Logan airport and boarding our flight back to Memphis and ultimately back to Ash Flat.